English Literature, as an academic discipline in Iran, has a long history of vicissitudes that is surprisingly incongruent to the rich intellectual background it provides. Emerging in the mid-1930s as a subject for higher education in Iran, English Literature was first taught in a rather small department in Tehran University. Later in the 1960s and 70s it largely blossomed and extensively flourished not only because of its establishment in the other major Iranian universities but due to the fact that it was in parallel lines with the dynamic intellectual and literary discourses of at era, mostly represented in modern Persian literature. English Language and Literature as an academic subject quickly developed toward the end of the twentieth century in Iran, when it was widely received and warmly welcomed by both the scholars and students of English departments and the translators and scholars in the area of Persian and other Iranian languages’ letters. Now, almost every State university and most of the branches of the long list of Islamic Azad universities in Iran have vigorous departments of English Literature with amazing activities including conferences, seminars, workshops, and student journals and societies.

However, the number of academic English journals fully dedicated to English Literature and Literary Criticism and Theory throughout the whole country is shockingly low. Although there are some academic Persian journals in the field, there has unfortunately occurred no major attempt in publishing an academic English journal in the area of English Literary Studies in Iran and neighboring countries. Conducting original researches in this field, the Iranian academicians are thus led, and have no other venue except, to publish their work in the peer-reviewed English journals elsewhere.

Critical Literary Studies, as the first and, for the present time, the only academic and peer-reviewed English journal in the area of English literature and literary theory in the Iranian academic discourse, now enjoys a wide popularity among the Iranian and Non-Iranian scholars of English literature and Literary Criticism and Theory. New members were recently added to the editorial board of the journal, which includes outstanding and prolific academicians and versatile researchers in the area. Additionally, the CLS team of reviewers now embraces new members from different universities in Iran and abroad the country.

The publication of the first two issues of the journal was warmly received and highly welcomed by the experts in the field both in the Iranian and in neighboring countries universities. The present issue includes twelve papers that went through the peer review process; then, they were closely read by the technical editors of the journal. The Persian abstract of the papers were also revised by the Persian editors of the journal. CLS normally receives a relatively high number of papers and it is expected to publish more appealing and remarkable papers in the coming issues.

Critical Literary Studies is now fortunately being reviewed and examined by the expert board of the academic journals of the Iranian Ministry of Science, Research and Technology. If indexed and particularly marked with an established IF (i.e. Impact Factor) by the Ministry, the journal will ultimately play a considerable role in promoting the English studies conducted in this field in Iran. In addition, if ultimately approved by the academic journals committee, the quality and number of the submitted papers will certainly rise to a high level. CLS is now indexed in a number of domestic and international academic databases and citation centers. However, the major goal of the journal is to win a place in the indexing and abstracting grade of both the Iranian Ministry of Science, Research and Technology, and the ISC, that is the Islamic World Science Citation Centre.

At the end, I would like to thank the editorial members of the journal for their constructive advices and invaluable comments. I am thankful to the reviewers and technical editors who have read through from the text of the manuscripts line by line. My thanks go to the Persian language editors of the journal who have carefully revised and edited the Persian translation of the abstracts. I should express my gratitude to my colleagues at the Faculty of Language and Literature of the University of Kurdistan for their helpful suggestions concerning the further development of the journal. I also offer my sincere thanks to the authorities at the Research Department of the UOK for their pragmatic advices and illuminating comments. I appreciate the friendly environment of the CLS office and, particularly, the invaluable attempts of the manager of the journal. I am also thankful to the administrative staff of the journal. The members of the CLS team look forward to reading original submissions of the journal’s contributors. 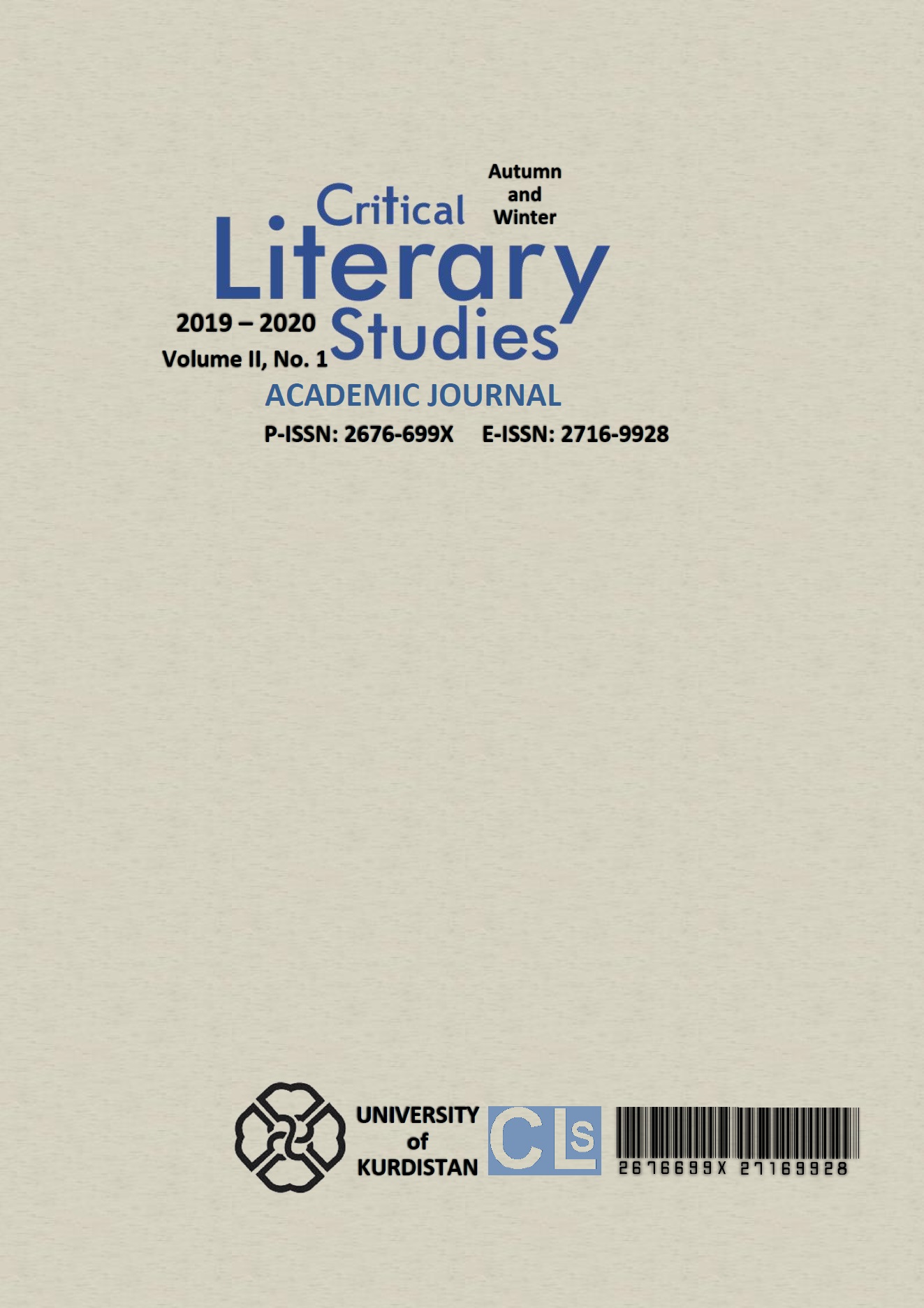